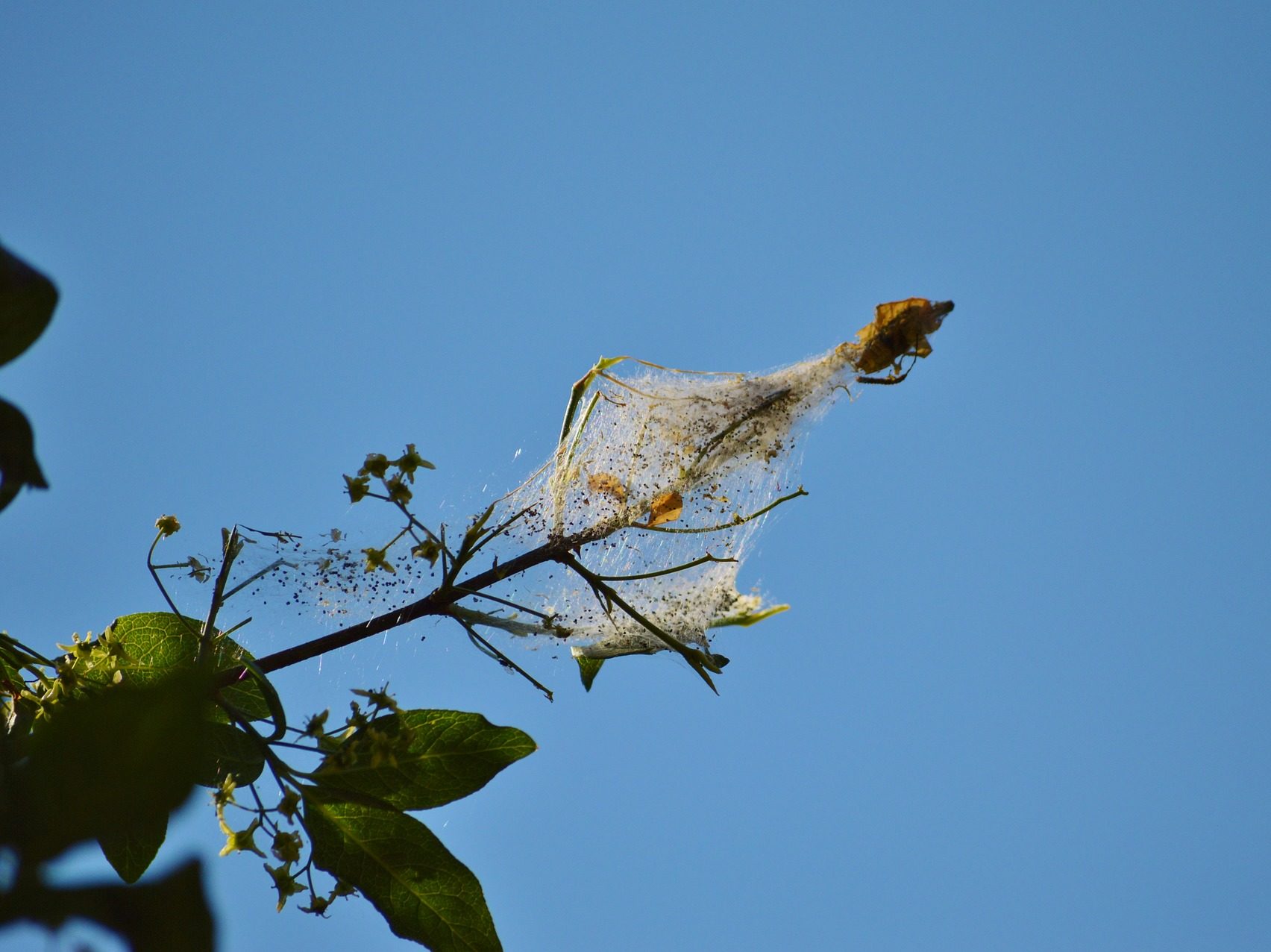 Curious about the creepy webbing you are seeing in trees lately? It’s not early Halloween decorations, those web covered branches are actually caused by web spinning caterpillars.

The webs, which are best known as cocoons or silken nests, are spun by the two most common pests of deciduous trees: fall webworms and eastern tent caterpillars. While often confused for each other, there are several characteristics that make their differences clear including appearance, lifecycle, and time of emergence. 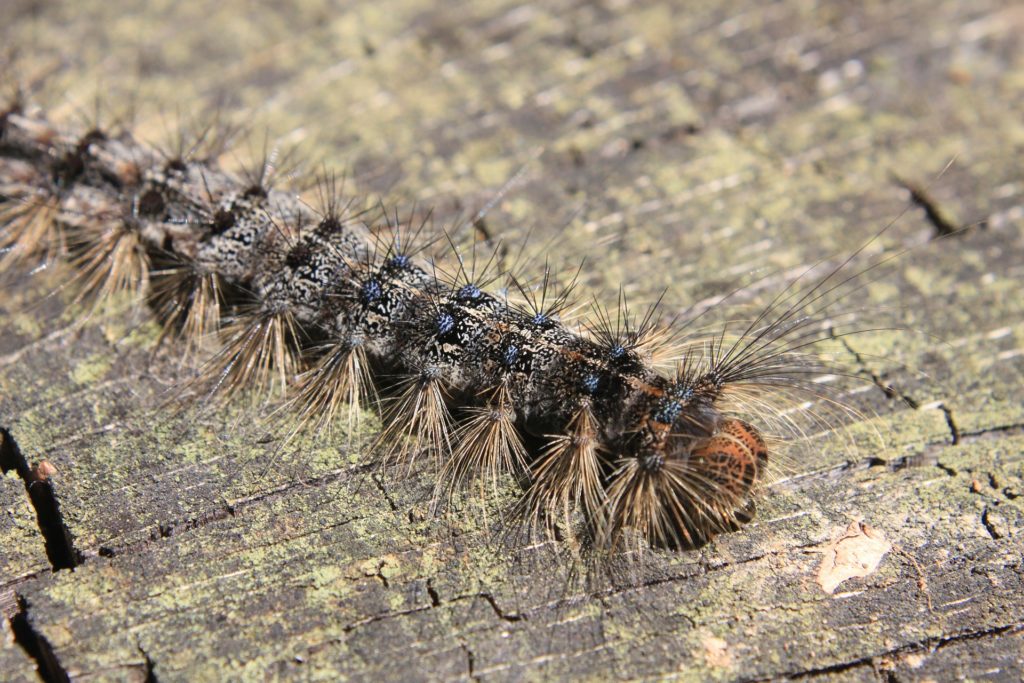 A species of moth, the Eastern tent caterpillar is observed in the spring and can reach 2 1/2 inches with a deep black, hairy appearance. Their nests are found in the crotches of branches of their primary hosts: fruit trees such as crabapple, cherry, and apple. They are also, but less frequently, seen on deciduous ornamental trees. As many as 300 eggs can be found in the Eastern tent caterpillar’s iridescent brown egg mass around June and July. As these caterpillars only produce one generation per year, the eggs will not hatch until the following spring.

Damage to the Eastern tent caterpillar’s host is caused in the larval stage and is generally temporary. While a large population of Eastern tent caterpillars can nearly defoliate a tree, most trees will recover and put out a new crop of leaves. Over time, however, Trees may be weakened and susceptible to other pest and diseases if more than half of the tree is defoliated for over three years.

Fall webworms, the larval form of a small white moth, are about an inch long and pale yellow. They are most commonly seen in the late summer and early fall creating silken nests at the ends of branches. Their hosts are numerous and include nearly any shade, fruit, and ornamental tree. The fall webworm lays its hundreds of eggs on the undersides of leaves in early to mid summer and the eggs within hatch after about one week. This short lifecycle allows the fall webworm to produce one to four generations per year.

As the fall webworms takes about six weeks to mature, it will consume its host’s leaves aggressively during that time. The tree, which is often covered with multiple nests, will experience temporary defoliation that can become extreme. Even so, most damage to the tree is purely cosmetic and lasting damage to tree is rare.

With both the Eastern tent caterpillar and fall webworm, management techniques are similar. If low enough and within reach, early tents may safely be removed by hand. Simply wrap a baggy around your hand and pull the silken nest off of the branch. Then tie and dispose of the baggy. Alternatively, an insecticide such as Bifenthrin may be applied to foliage and twigs to help control the caterpillars. Both treatments are most successful when applied on the youngest larvae. It is also important to keep in mind that both species have natural predators which help manage their growth such as birds, stink bugs, wasps, and flies.

Caring for your Christmas Plants: Poinsettias

One of the most popular staples for Christmas decor is a Poinsettia. You can find…

With the weather growing cooler, it is likely that everyone will be spending less time…

Fast-Growing Trees for Your Yard

With so many new neighborhoods being built these days, often homebuyers are moving into houses…

Recent Posts
Archives
Categories
Call us today about your commercial landscaping needs at 1-864-609-9100.
© 2023 Phoenix Landscape Management | An Engenius website.
Back To Top